A new year has begun, in the last year the C++ User Groups have more then doubled in Europe, we're now around 30 more or less active user groups for C++ in Europe: 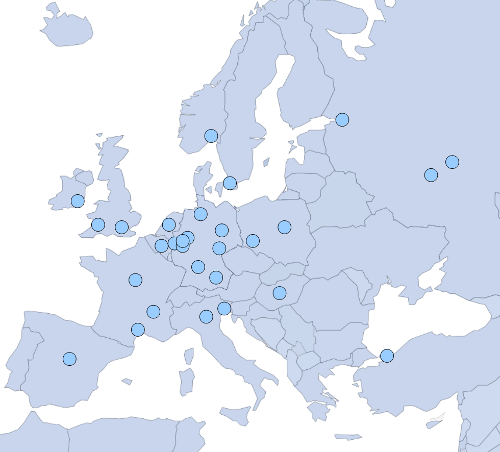 Also there are already plans for new ones, I haven't yet seen more visible activity. But I'm sure there will be more User Groups in Europe by 2015. Again, if you have plans, please contact me, the Meeting C++ Network can help you with finding people and talks for your user group. I've blogged about founding C++ User Groups in 2013, and spoken about it at CppCon last year.

For January, as far as I see there are already 18 C++ User Group Meetings planned: